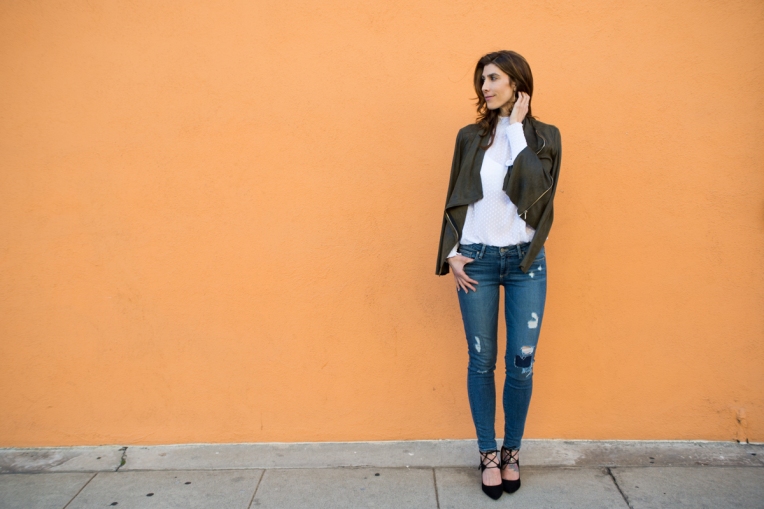 I’m gonna come out and say it, I hate Valentine’s Day.  I think it’s pretty dumb and I’ll tell you why: you should be doing nice things for your significant other all the time.  Not just one day when everything is over priced.  I don’t think I’ve ever been into it and thankfully, Adam, isn’t either.

So, this outfit is for an anytime date.  Could be day or night which is one of the reasons that I love it.  I’ve been really into white as of late, as well as these higher necks on shirts and dresses.  It makes me feel Victorian or something.  I also love the sheerness of the top.  You could easily rock a sexy black bra underneath it as well.

The jacket was a total steal.  I was paying for an item at Zara one day when I overheard the girl next to me talking about the jacket she was buying.  The saleswoman told her the jacket was actually 60% off.  So I immediately left the counter and headed to the racket with the jackets, praying that it might actually be vegan and IT WAS!  It looks and feels like suede but it’s not and it’s nice and light so it’s perfect for So Cal weather.

The shoes I found at Ross on NYE when I was supposed to be shopping for a necklace organizer.  But we all know you can’t go into Ross and just buy the one thing you went there for when they have so many great deals.

And lastly the awesome dangling heart earrings I’m wearing, Adam got for me over the holiday in Kauai.  They were hand made by a local. 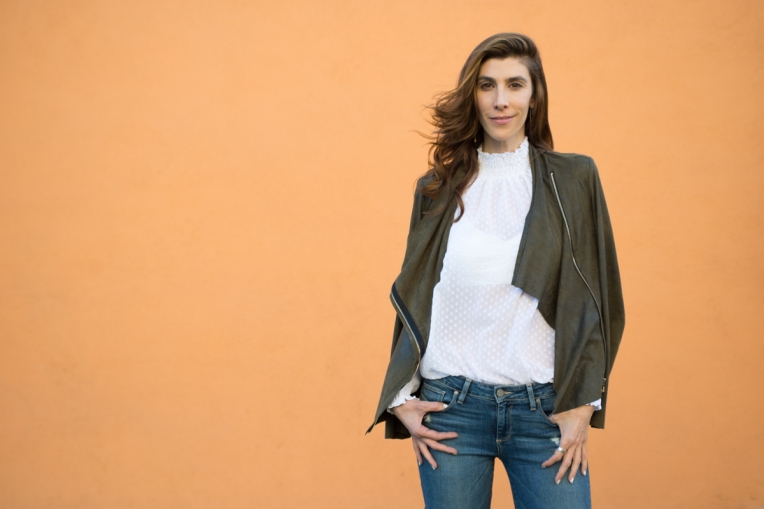 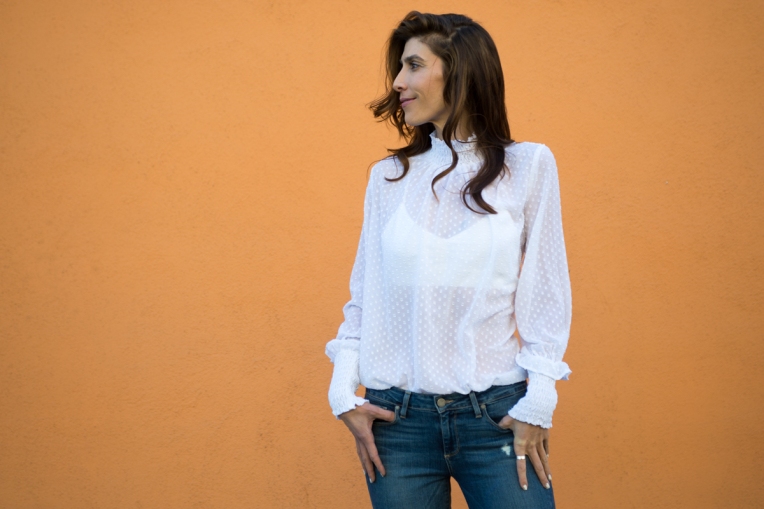 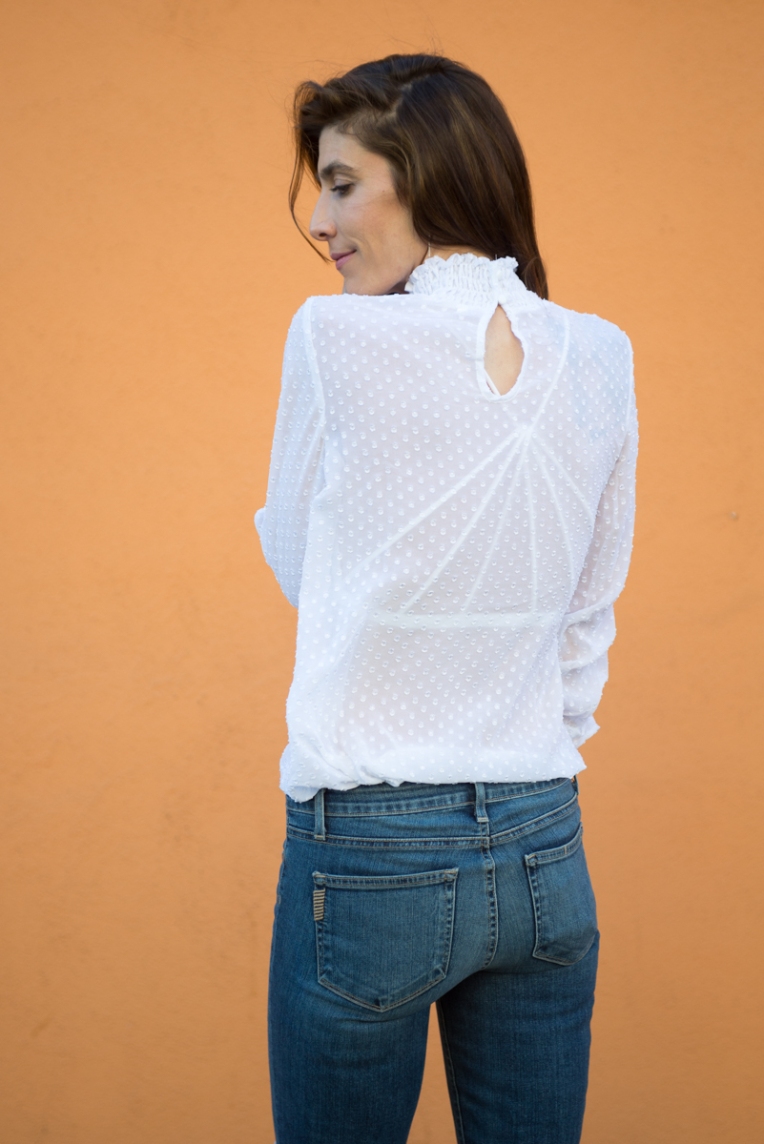 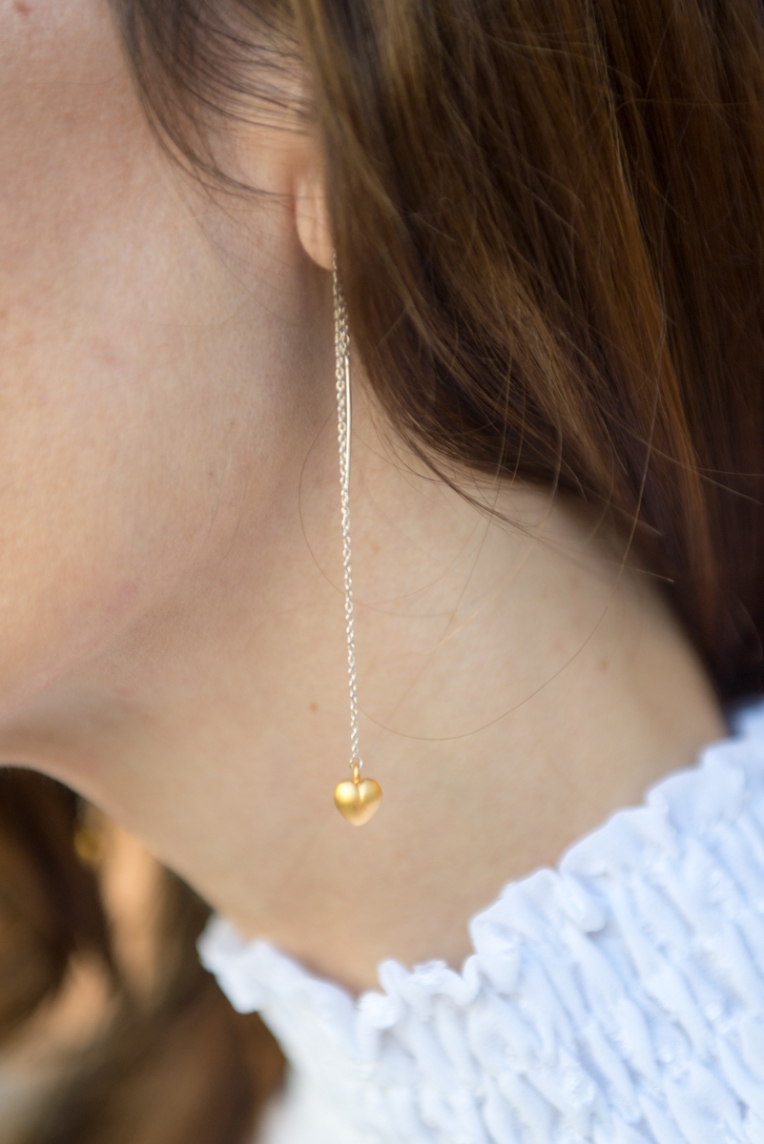 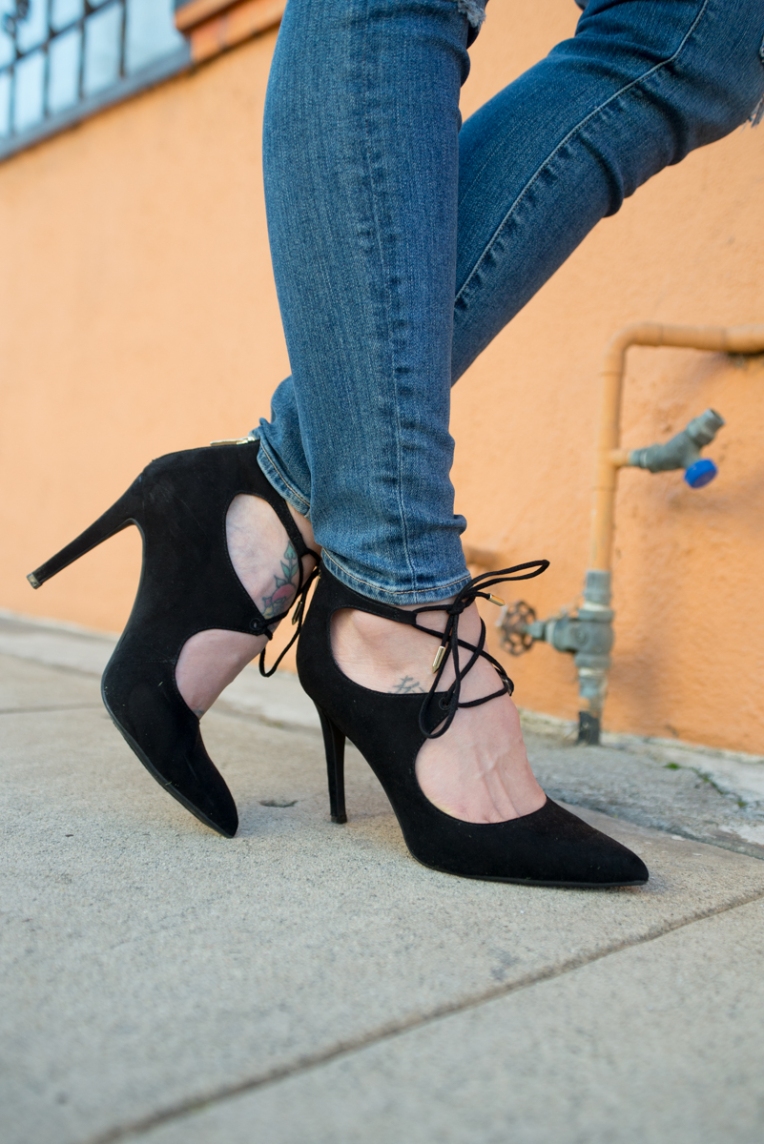